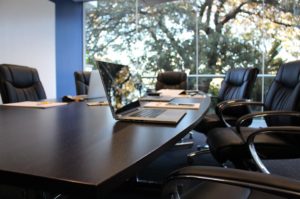 Restrictive covenants are a set of tools that employers sometimes utilize to prevent employees from competing with them after termination of their employment.   One of the most common restrictive covenants used by an employer is a “non-compete clause.”   An evaluation of the enforceability of a non-complete clause necessarily involves a balancing of interests.   On the one hand, there is the employer’s interest in protecting its investment in an employee’s success whether that be training, promotional or marketing activities, or granting the employee access to important company trade secrets.  Obviously, the employee would be positioned to unfairly use this information to harm its former employer if not for the employer’s ability to protect itself.  On the other hand, there is the employee’s interest in earning a living and promoting his/her own professional growth and development through the freedom to seek new job opportunities.  While non-compete clauses are solely intended to protect and benefit the employer, they cannot unduly burden an employee’s freedom to seek other gainful employment.

State courts tend to view restrictive covenants with varying degrees of favorability, and they are generally disfavored in North Carolina.  In order to be enforceable in North Carolina courts, a covenant not to compete must meet certain general requirements:

An element that tends to be heavily litigated is the reasonableness of time and territory.   For a discussion on the enforceability of non-compete agreements in general, please click here to review our previous post on this topic.  This post will focus on what happens when a restrictive covenant’s time and territory limitations are found unduly restrictive.

Historically, North Carolina has adhered to a strict doctrine known as the “blue pencil” rule, meaning a court may strike out (but not revise) provisions of a non-compete clause that it finds unreasonable while upholding the remainder of the employment agreement.   The blue-pencil rule can be beneficial to employers in that it might allow courts to enforce an agreement even when one of the terms is enforceable.   A court can simply strike (blue pencil) an unenforceable provision and uphold the rest of the agreement.  However, the blue-pencil rule has traditionally stopped short of allowing courts to not only strike, but to revise an unenforceable term.   The North Carolina Supreme Court recently rendered an opinion in Beverage Systems of the Carolinas, LLC, v. Associated Beverage Repair, LLC that sheds additional light on a court’s power to not only strike an unenforceable provision, but to revise a provision altogether to make it enforceable.

The underlying dispute in the Beverage Systems case involved two companies in the beverage service industry that had negotiated the purchase and sale of a business.  The purchase and sale agreement contained a restrictive covenant that prohibited the sellers from conducting business in their industry anywhere in North or South Carolina.  The agreement also contained a provision allowing courts to revise or narrow these territorial provisions should a dispute arise.  Shortly thereafter, one of the parties to the agreement broke away and formed a new beverage company that directly competed with the plaintiff’s business.  In the ensuing litigation, the trial court determined that the geographical scope of the restrictive covenant was overly broad and thus unenforceable.   Although the agreement itself allowed the Court to rewrite portions of the agreement, the Court declined to do so.  With no territorial restriction left in the agreement after blue-penciling, the remainder of the agreement was rendered unenforceable.

On appeal, the North Carolina Court of Appeals reversed the trial court’s decision, holding that the parties’ express consent to the Court’s revision of portions of the agreement trumped the blue pencil doctrine, which allows a court to strike unenforceable provisions but not to add or revise the terms of the agreement.  That is, instead of striking out the over-broad territorial restrictions and scrapping the entire argument, the trial judge should have simply rewritten that portion of the agreement to make it reasonable, that is, narrow the designated geographical area.

However, upon discretionary review, the Supreme Court reversed the opinion of the Court of Appeals.  Although the Supreme Court agreed with the Court of Appeals that the territorial restriction was overbroad, the Supreme Court’s opinion stated that the blue pencil doctrine only applies when the agreement “sets out both reasonable and unreasonable restricted territories.”  In the present case, the territorial limitation was only unreasonable and was so broad that striking the unenforceable provisions of the agreement would leave no territory left within which to enforce the agreement.  As the Court thus noted, “blue-penciling cannot save the Agreement.”  The Supreme Court further noted that “[a]llowing litigants to assign to the court their drafting duties as parties to a contract would put the court in the role of a scrivener, making judges postulate new terms that the court hopes the parties would have agreed to be reasonable after the court rewrote the limitation.”

Ultimately, the Supreme Court’s decision reinforced the principle that parties cannot contract to give courts power they do not have.  As a result, courts are now definitively limited to the blue pencil rule.  They have the power to strike out overbroad provisions in an employment contract.  However, if after striking out these provisions, the agreement is unenforceable, the Courts must put the task of recrafting the agreement in the hands of the parties.

When drafting restrictive covenants, it is crucial to consider which geographical areas should and should not be included, considering factors such as the presence of existing business relationships or opportunities.   Moreover, any provision purporting to give courts authority to intervene in resolving disputes will likely be struck down and the entire agreement rendered unenforceable.  The attorneys at Miller Monroe PLLC can assist you in drafting a non-compete clause that will be narrowly tailored to serve your business interests.   Our firm also has substantial experience litigating the enforceability of non-compete provisions and other restrictive covenants.  If you are considering the enforceability of a restrictive covenant, please feel free to contact Miller Monroe for a consultation.

In case you missed it: Quick facts on enforcing your civil judgment
A Firm Rooted in Raleigh