By Jason A. Miller on September 5, 2017 in Contract Disputes, Contract Drafting, In the North Carolina Courts, Litigation 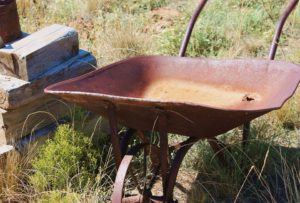 It is surprising how often clients seek advice for breach of contract claims but cannot articulate the scope of their agreement with the breaching party.  The North Carolina Court of Appeals recently issued an opinion that highlights just how problematic this can be.

In Rider v. Hodges, two parties entered into an informal agreement for landscaping services.  The plaintiff homeowners paid a landscaper $24,000 upfront to “do landscaping.”  There was some discussion about the tasks to be performed, for instance, planting shrubs, spreading mulch, installing a fence, planting a flagpole, and irrigating the land.  However, the parties never discussed the scope of the work, such as how much mulch was to be spread, where plants were to be placed, or how much fencing would be installed.

Further, the parties did not reach an agreement about compensation.  The homeowners simply paid the initial $24,000 and directed the landscaper to commence work, but did not discuss the specifics of hourly compensation for labor, confirm the cost of materials, or establish a projected total cost.  Eventually, the plaintiff homeowners complained about the quality of the landscaping work and brought a lawsuit for breach of contract, among other claims.  In his deposition, defendant landscaper admitted the parties never reached a “meeting of the minds” and had “no specific agreement about anything.”

The trial court ruled that there was no genuine issue of material fact as to whether the parties’ landscaping agreement was breached, because no valid contract had ever been formed. Accordingly, the trial court ruled in favor of the landscaper on summary judgment. The homeowners appealed from the trial court’s ruling. However, they found themselves out of luck yet again on appeal.   In its August 15th opinion, the Court of Appeals ruled that no contract was ever formed because the parties’ landscaping agreement was not certain and definite enough as to price or the scope of work – key components of a contract for services.  The parties spoke generally about the tasks to be performed, but at no point did they discuss specifics.

The opinion explained that traditionally, a valid contract only exists where the parties have a “meeting of the minds” regarding all the essential terms of the agreement.  With respect to a services contract, established case law states that a valid agreement must be “certain” and “definite” as to: 1) The nature and extent of services to be performed, 2) the place where and person to whom the services are to be rendered, and 3) the compensation to be paid.  If even one of these terms is not sufficiently certain or definite, the contract will not be judicially enforced if disputed.  In the present case, there was no valid breach of contract claim because there was no valid contract.  Both parties acknowledged that a landscaping arrangement existed, but never had a meeting of the minds about the scope of the work to be done or the amount the landscaper was to be paid.

In order to avoid the Riders’ plight, be sure to clearly designate the specific and particular tasks to be performed in your services contract.  Beware the “just start working” agreement: clearly list each task to be provided, the materials used, and a timeline for completion of the work.  Further, don’t forget to reach an agreement on compensation, and keep track of completed work by requesting and keeping detailed, itemized invoices.  Of course, as much as possible, memorialize your agreement in writing.  If you are unsure of how to form your agreement or have concerns about potential holes in a service contract, be sure to contact your attorney.

How ERISA-funded health plans can affect your rights
In case you missed it: Quick facts on enforcing your civil judgment