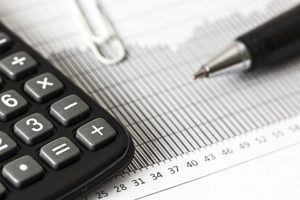 If you are involved in personal injury litigation, it is important to understand the rights of your insurers to claim a portion of any settlement you recover.

In North Carolina, privately-funded health insurance policies are barred from seeking reimbursement from a personal injury settlement.  Said differently, private health insurers cannot seek reimbursement for payments made for medical treatment when there is a recovery from an at-fault party.  This is known as the anti-subrogation rule.

However, some plans are not governed by this general rule, and as such, insurers will attempt to claim a portion of your personal injury settlement.  Many large companies provide their employees with health plans that are self-funded.  Plans like these are authorized by the Employee Retirement Income Security Act of 1974, known as “ERISA.”  ERISA is a federal law that sets minimum standards for some pension and health plans in private businesses in order to provide protection to individuals within those plans.  Because the plans are funded by the employers themselves, the plans are exempt from North Carolina anti-subrogation laws and as a result, can seek reimbursement from an at-fault party in a personal injury settlement.

A valid subrogration right can drastically impact how much an injured party is entitled to recover from a personal injury settlement.  Any subrogation rights in an ERISA plan will attach to the entire settlement, and in many cases, must be paid before any settlement funds are disbursed to the injured party.  It is possible to negotiate the amounts of an ERISA reimbursement, but the success of such negotiation depends on such factors as the language of the plan, the amount of medical expenses the plan paid, and whether the injured party is still covered by the plan.

A knowledgeable and experienced personal injury lawyer can work to ensure that you, as the injured party, receive the benefit of the settlement rather than the ERISA-qualified insurance plan.